American actor Geno Silva, who is best remembered as the assassin who killed Tony Montana in Scarface, has died. He was 72.

Silva died May 9 at his home in Los Angeles of complications from frontotemporal degeneration, a form of dementia with which he had been afflicted for 15 years, USATODAY reports.

Born in Albuquerque on January 20, 1948, to parents Jerry and Lucille Silva, Geno grew up in the Barelas neighbourhood with his sister, Liz Gallegos and brother, Jerry Silva. After moving to Los Angeles, Geno appeared in over 100 films, television shows and plays during his decades-long career as an actor.

In Scarface (1983), his character, The Skull, is one of the most memorable characters as he is the one who kills Al Pacino’s Tony Montana during the film’s climax. 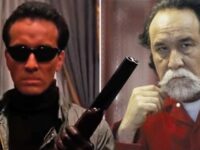 His television credits include Hill Street Blues, Days of Our Lives, Key West, Walker Texas Rangers, Star Trek: Enterprise and Alias. In 1994, he appeared in the Peter Sellars’ stage production of The Merchant of Venice with Philip Seymour Hoffman and John Ortiz. He reunited with Ortiz for Jose Rivera’s (The Motorcycle Diaries) off-Broadway production of Sueño.

YOU MAY HAVE MISSED:
Review: Motorola Razr is unlucky that the Galaxy Z Flip4 exists

this is what you need to do for her

this is what you need to do for her