Unfaithful women Why does a woman become unfaithful to her spouse? What prompts her to “crack” when she is apparently satisfied . or almost? Does the problem come from her relationship, from her, from her development?

Because adultery or call it unfaithfulness is too often experienced as a painful mystery, like a taboo that we do not dare try to understand, Love Intelligence helps you to understand these unfaithful women.

Apart from the particular case of libertines, who have never given up on seeing other men from the start of their marriage, the stories of female adultery are often the same. Those of women who seem fulfilled: they lead their family life brilliantly, have many friends, those who work succeed in their professional careers, everything is going rather well with their husbands.

But an unforeseen event upsets this balance. A bereavement, a failure, an illness, the discovery that the other has deceived them … Or on the contrary a great joy, a birth, a meeting, a promotion (Unfaithful women act)

An event in which a woman needs to feel supported, surrounded, loved. But for this woman, this event corresponds to a painful realization. She realizes that her partner is not there for her at this precise moment, there is no one to support her, guide her, support her: she is in a relationship, but she is alone. 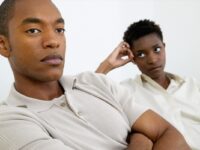 It is then that she meets a man who seems to understand her. He is different from her husband, he makes her laugh, compliments her, she has the impression of rediscovering this little flame of the beginnings, which died out with her spouse. The loneliness and sadness disappear, something is happening, she moves forward … But not necessarily for long.

If the scenarios of these adulteries are similar, they bring into play different causes.

There are those who deceive their husbands out of revenge, because he deceived them too; those who meet a wonderful man and have the impression of having the wrong spouse; those who take the plunge for the sake of transgression, those who want to feel “ultra alive” while rediscovering the thrills of adolescence … But behind all these causes, there are two possible problems:

Play a role to fill an emotional gap? (Unfaithful women)

Gentlemen, if you have one day discovered that your partner cheated on you, it may be a sentence that you said out of anger … And basically, maybe you weren’t wrong , maybe your wife had a problem.

Indeed, your companion was neither abnormal nor mad, but she undoubtedly carried a deep wound within her.

This injury can come from childhood. Most women who cheat on their husbands feel like they are alone, abandoned. It is a feeling that was born during a tragedy that they had to live alone during their childhood: an illness, a secret, the death of a loved one . (Unfaithful women act) Some also grew up in a family where communication was difficult. , they felt misunderstood and thought that they could not trust anyone.

Finally, some women have suffered from seeing their mother humiliated or abandoned by a man for woman … Still others have developed this feeling of loneliness later, by being disappointed by the men in their love life.

All of these “problems” affect the love life of women. Even as a couple, they feel alone. When a woman matures, the first feeling of guilt quickly gives way to the following feeling: “I am accountable to no one, I do not belong to anyone”… they feel misunderstood as they are, so they play a role in order to be accepted.

For her, adultery is not an adultery: to be unfaithful is simply to take pleasure where it is without having to justify itself to anyone, and to play one more role, to pretend once again. But not all women who cheat on their spouse will recognize themselves in this case!

What if it was the couple the problem?

Unlike men who go elsewhere because they need something new, women often cheat on their husbands because they feel that something needs to change in their relationship. It is for them a way to challenge their daily life. In this case, adultery arises from frustration, from a need: (Unfaithful women act)

– Need sex. She has been in a relationship for a few years now, she loves her partner, but their relationship has grown apart and making love is no longer a priority for them. To take a lover, is then to rediscover her female body, to relive by feeling desired again.

The mid-life crisis in your forties is often the time when adultery is most common. This death in prospect gives again a blow of “booster of life” which sometimes passes by the sexual development outside the couple.

-Need love. Adultery can be born on the ashes of a conjugal love where the “little flame” of the beginnings is extinguished. In this case the woman will look elsewhere to find the affection she lacks, to feel loved. It can sometimes be to stop the pain, as a last resort before depression.

-Need to breathe. A woman who experiences fused love can end up suffocating. In this case, giving in to an adventure (even temporary) can be a way for her to have a secret garden, a little time for her.

Need to fill his loneliness. Everything is going very well in appearance, but she does not feel understood, not listened to. She has everything to be happy but she cannot be: what she lacks is simply to be able to communicate in truth. (Unfaithful women act)

In any case, adultery acts as an afterthought as a revelation: once the excitement of the transgression subsides, the women who have gone elsewhere take a step back, and that’s when they arrive. go forward.

They learn to understand where they are in their couple : either they still love their spouse despite everything, or, on the contrary, their love is dead. The “after” adultery is always a moment of truth.

Are you afraid of infidelity? Do you want to avoid it and live a beautiful love story, or on the contrary to rebuild yourself after adultery? Let yourself be guided, Love intelligence and the Florence Method have the answers to your questions!

Unfaithful women and understanding them, discover how

Precisely what is the End Goal of Our Online Dating Culture?