Afrilatest.com > Lifestyles Trends > Relationship Guide & Sex > Love and alcoholism, 1 way to get out of it?

Love and alcoholism, 1 way to get out of it?

It is the drop of alcohol that makes the glass overflow. Your partner drinks every night (if he / she hasn’t already started the day) to “relax”, but when he / she starts it is not to stop. Evenings always end badly: he / she has nasty alcohol and his behavior becomes excessive. For far too long he / she has traded in his little attentions for you for a bottle of bad wine. Unable to live without his daily intoxication, he / she has made your life hell; that of a partner of alcoholic. The shame of one who drinks can spread to his truly helpless and distraught spouse. How should you react to this situation?

Love and alcoholism, A FORM OF ADDICTION:

The French are moving from consumption of accompanying meals to consumption for leisure. Alcohol is a factor of conviviality, it is a sociological ritual of the party, it has an initiatory role in the status of man and promotes integration and sociability in “the bistro” after work. Seen like that, we do not doubt that alcoholism affects 2 to 5% of the French population, it appears the 3 th leading cause of death and it significantly reduces life expectancy. 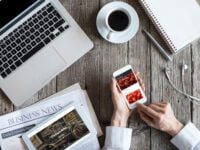 We speak of alcoholism when the individual has lost the freedom to refrain from drinking. It is therefore indeed an addiction that goes beyond simple use: the person is either in the abuse of alcohol (he consumes too much) or in dependence: he cannot abstain from consuming, he is physically dependent. and psychically. The WHO defines alcoholism as an addiction combining the phenomena of addiction, habituation and a compulsion. It is an alcohol-related mental and behavioral disorder.

A heavy drinker consumes excessive amounts of alcohol, but is not necessarily addicted, unlike an alcoholic. The latter has a pathology, an addiction and will present manifestations affecting his physical and mental health, his relationship with others and his social and economic behavior. The body is used to drinking alcohol and the consequences of lack of alcohol are more related to dehydration than to the lack itself.

Discover 3 ways to manage your emotions?