A church in Bergamo that served as an overspill morgue at the height of Italy’s coronavirus epidemic “is finally empty” of coffins, the mayor said Saturday.

Where dozens of coffins once stood, nothing but flowers are left to be seen in a photograph tweeted by mayor Giorgio Gori that symbolises the easing of a crisis that has killed almost 23,000 people in Italy.

YOU MAY HAVE MISSED:
New on Netflix: these movies and season series appeared this week

As local morgues failed to cope with the number of deaths in Bergamo, the country’s worst-hit city, the Italian army was brought in last month to take dozens of coffins to churches and then to crematoriums in cities throughout the north. 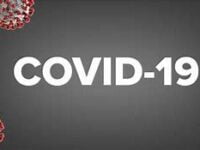 Bergamo is in the wealthy northern region of Lombardy, which accounts for over half Italy’s virus victims.

Gori said the death toll was much worse than officially recorded.

Some 795 Bergamo residents died in the six weeks since the start of March, 626 more than the average toll in the same period over the past ten years, he said last week.

Only 272 people were officially recorded to have died of the virus in Bergamo, as Italy logs deaths in hospitals but not in homes or assisted living facilities.

The epidemic has been slowly on the decline, with the number of intensive care patients in Lombardy falling below the 1,000 mark for the first time in a month Friday.

YOU MAY HAVE MISSED:
Car of actress Denise Richards shot at during traffic dispute

Many are urging the government to lift strict restrictions imposed for the country’s two-month lockdown, which is due to expire on May 4.

But the WHO’s Italian government adviser Walter Ricciardi warned Saturday that a second wave of the virus was “not a hypothesis, it is a certainty”.

“That’s why it is very important not to speed up the reopening,” he said.